The internet is currently obsessed with the new Netflix series ‘Squid Game.’ All of these records have been shattered by the Korean programme, which has become the most-watched show in over 90 countries.

In addition to the candidates’ grinding their teeth to win the top prize, there are 6 Financial Lessons To Learn From Squid Game that anybody may learn.

‘Squid Game’ is a programme that may teach you a few things in addition to being enjoyable. There will be spoilers!

Seong Gi-hun, played by Lee Jung-Jae, is the show’s protagonist. His persona has been portrayed as someone who spends all of his money on gambling and booze. He eventually finds himself in a difficult predicament, competing in the game show. If he had spent his money properly, he would not have had to go through the difficulties he did and ultimately pay the ultimate price.

Seong Gi-hun from ‘Squid Game’ is a reckless spender. He is the type of person who never learns from his errors and ends up wasting all of his money on horses and other frivolities. His characters, on the other hand, educate you to not only spend carefully, but also to save as much as possible. If not for yourself, then for the people you care about.

The show underlines the need of smart financial management. Before you take out any type of loan, you should consider how you will repay it correctly.

Anyone who has seen the programme knows that horse betting is not the only risk the main character is willing to take on. He has a proclivity to place bets on everything and everything. And in the process, he loses all he has worked so hard for. Greed is the driving force behind a man’s delusions.

Many of the protagonists in “Squid Game” has unique backstories that explain how they wound up playing in the life-or-death game. However, the majority of them failed to separate their necessities from their desires. Unfortunately, this resulted in a massive debt.

Taking out a loan is not an issue; it is when you fail to repay your debts that you run into serious difficulties.. Cho Sang-woo was depicted from the beginning as someone who had a bright future ahead of him. However, his proclivity for taking out loans and inability to repay them landed him in a financial quagmire from which he would never be able to recover.

This leads to the second money lesson: never deal with loan sharks. If you need money to buy anything, you must save for it while also looking for ways to increase your business earnings or take-home pay. Getting money from loan sharks is never a smart idea.

Do not put all of your eggs in one basket.

Cho Sang-character woo’s was depicted to be helpless at times, yet he had a strong knowledge of how to play the game from the start, despite his appearance. He made certain that he would have as many opportunities as possible to win the game. He was willing to sacrifice his childhood pal along the way in order to do this.

Money should’nt be your life’s stake

In the last episode, the protagonist asks the mastermind on his deathbed why he purposefully designed the game. The latter answered that even if you are wealthy, you would have a terrible existence in which money will not suffice.

“Squid Game” is about more than just survival. It’s also about noticing the beauty in the smallest of details. Even if you have millions or billions of dollars in your bank account, it is meaningless if you are unhappy with your life.

This popular Netflix programme “squid game” does more than just entertain. It also teaches money and life concepts. Even though life is difficult and difficult, there will always be a solution to the turmoil that people are dealing with. They only need to work hard and think carefully in order to cross the finish line. 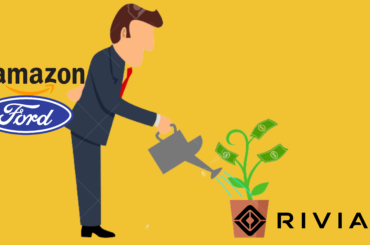 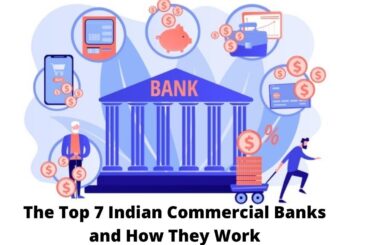 The Top 7 Indian Commercial Banks and How They Work