Instead of answering subject-related questions in class for the goal of receiving excellent scores on your examinations, there’s a show that pays you a lot of money for successfully answering core knowledge questions.

That program is named ‘Kaun Banega Crorepati,’ which is presented by a big personality, Amitabh Bachchan, and has the highest TRP to date among other Indian Reality series. We all emerge out of nowhere to reconnect with our family, especially on weekends, to watch Kaun Banega Crorepati, right? We all appreciate answering questions and want to know the answer to them.

The event is focused on answering questions, and the competitors have presented a total of 16 questions. The ‘Fastest finger Contest’ is the initial round, in which participants must arrange four answers in seven seconds to continue to the main gameplay.

Furthermore, each of the 16 questions has a monetary prize linked with it, ranging from 1000 to 3000 to 7 crores for question 16, and four sorts of lifelines to aid you out. You might be asking how the KBC would obtain 7 crores for its winners out of nowhere. The answer to your query may be found in this article.

As you can see, the host of the KBC program would call out several corporate branding as sponsorship before taking a break. These corporations are paying a substantial quantity of money to KBC’s production studio to operate the program smoothly, with 70 percent of the earnings going to prize money and the host’s remuneration, according to sources.

The Telecom industry, which donates roughly 100 crores to the exhibition, is another significant sponsor. You might wonder what role a telecom company plays in the program; well, it plays a big role in everything from choosing the participation in the show (by SMSing correct answers to become a contestant for the next KBC episode) to assisting the contestant during the game (by using the network to call the contestant’s helpline).

KBC enjoys a high proportion of sponsors from the telecom sector, as the show relies greatly on public relations. As I previously indicated, if the player did not react to the question, he or she would be awarded three lifelines. It would be useful if a friend’s phone and an audience call were both linked to the cellular network. For instance, Idea Cellular Paid 35 Crore for the program in 2010.

As we all know, adverts function as a benefactor for any form of business, both for the organization and for the audience. You may probably have heard that before departing for a break, the show’s presenter list-out numerous sponsored products like ‘Cadbury-supported and co-sponsored by Byju’s.

Furthermore, KBC lasts an hour and a half, during which they air around 5-6 commercial breaks. These are the slots in which a corporation may showcase/telecast its products and services to its target market.

Typically, the sponsored brand or any other brand pays a fee to the show in return for the show advertising its products during commercial breaks. The above eight advertisers account for 75 percent of the show’s commercial inventory. The remaining 25 percent of ad inventory, according to estimates, would be auctioned to spot buyers for above Rs 4 lakh for 10 seconds of an ad.

Before participating in the competition, entrants must first answer the questions that have been published below the previous episode’s program. People appreciate going in and doing their best to answer it by giving the proper answers to the specified or supplied number.

You may have observed that a question is presented with the request that viewers answer it and submit it to a phone number ‘xxxxxxxx’ underneath the showtime. Also, to register for the show, you have to answer a series of questions, and KBC charges a tiny sum to each person sending the SMS, which is generally Rs 3/ – per SMS.

Since 2000, Kaun Banega Crorepati has been one of India’s most popular television series, now in its 13th season. The Big B, Amitabh Bachchan, presents this show, in which contestants are picked based on their quickness in answering a given question before going on to the main game.

In the main round, 10-16 questions were answered, with awards distributed based on the weighting of the questions. The winners get a monetary prize based on the number of questions accurately answered via a check, which is deposited to the winner’s account in 4-5 business days.

Does KBC give full money?

Yes, KBC does pay the whole money to the winners, and the taxes are paid later on.

How is KBC funded?

KBC obtains money from a number of sources, including the telecommunications network, sponsorship from well-known companies, advertising, and an Internet communication firm.

KBC obtains money largely via sponsorship from notable corporations such as Byju’s, Cadbury, and Axis Bank. The Reserve Bank of India is a specific sponsor of KBC.

How much does Amitabh Bachchan charge for KBC? 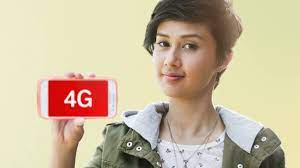 Everything You Need to Know About Sasha Chettri, the Airtel Ad Girl